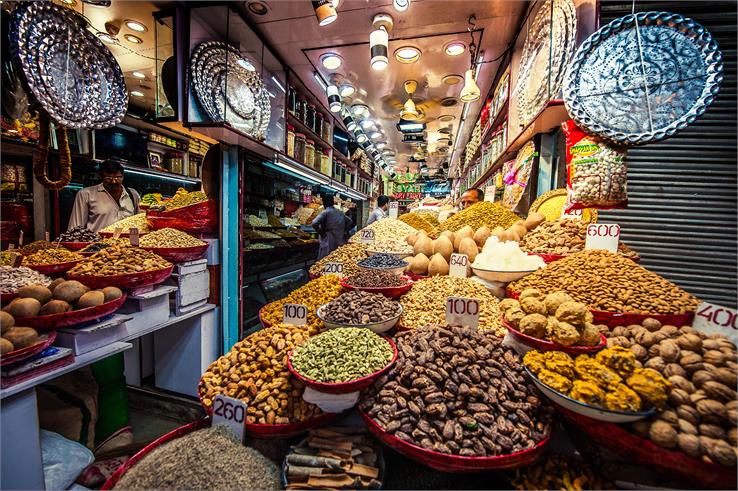 Delhi is the capital of India and is officially known as the National Capital Territory of Delhi (NCT). It is one of the seven Union Territories of India and considered a city too.
Delhi shares its boundary with Uttar Pradesh from East and Haryana from the rest of the three sides.
In the list of India's Most Populous City, Delhi stands on second, with a population of over 25 million. It is spread over about 1,484 square kilometers, becoming the most extensive city in India. Delhi's climate changes with the change in weather - extremely hot in summer and frosty in winter, while Delhi has a pleasant monsoon and spring season.

Delhi is the hub of significant parliamentary buildings in India, as well as fascinating historical monuments. One can easily fall in love with Delhi's cuisine—from South Indian to North Indian, Chinese to Italian, continental to Mughlai—diverse Delhi provides diverse dining options in a charming setting. Mughals ruled Delhi before independence, and thus, it is the place from where the concept of 'Mughal cuisine' started.
Delhi is the only city in India which doesn't have a language or culture or tradition of its own. It is a place that accommodates people from every part of the country or world. Hindi is the most commonly spoken language in Delhi (81%), followed by Punjabi (7%), and Urdu (6%). Being the capital of India and in a continuous political vision, Delhi has turned out to be a place full of opportunities. With many companies investing in Delhi NCR, it's soon going to become the most significant industrial hub of India.
Delhi has a museum dedicated to sanitation– the Sulabh International Museum of Toilets. The museum showcases the various toilets being used in the country and the modernization of the hygiene process since time immemorial.

According to Mahabharata, Delhi was initially called Indraprastha and was the capital city of Pandavas. The city was nothing but littered with forests when it was burned to establish a civilization.
After being civilized, the city came into limelight, and every ruler wanted to establish his kingdom here from Mauryan Emperor Ashoka to Prithviraj Chauhan, Muhammad Ghori, Ittutmish, and Razia Sultan (the first and only woman to rule over Delhi).
After Razia Sultan’s empire, Delhi was ruled by a succession of Turkic and an Afghan, Lodi dynasty for the next three hundred years. All the rulers paid a grand contribution to building the most famous monuments, buildings, and even religions.
Lodi dynasty treated Delhi as the hub of all powers and believed that this is the place from where they can rule all over the country. While the Lodi dynasty was busy conquering the other parts of India, they were attacked by Babur in the Battle of Panipat, and the story of Babur’s victory remains a history. Babur took over the reign in 1526 and founded the Mughal Empire that ruled Delhi along with Agra. In 1553, the Mughal emperor Humayun was defeated by the Hindu king Hemu, but the Mughal dynasty regained his kingdom through the Second Battle of Panipat (1556), and Akbar assumed the throne.
Akbar was succeeded by Jahangir, Shan Jahan, Aurangzeb, and Bahadur Shah.
After certain rulers, it was British who ruled not just Delhi but complete India for another three centuries. They entered the country as traders but used their policies to become the rulers eventually. Soon after coming into power, the British declared Bengal as the capital of India and left Delhi.
After years of battles of freedom, India acquired its freedom on 15 August 1947 and became an independent India, and Delhi was announced as the capital city again.

Delhi has one of the most excellent transportation facilities in the whole country. The mode of transport ranges from the metro to public buses, cabs to local trains, battery/human-pulled rickshaw to Rural Transport Vehicles (RTV). More than 50% population of Delhi relies on public vehicles. Thus the transportation system makes sure that the facility reaches the maximum number of people. To provide maximum convenience and minimize environmental damage, the Delhi Transport Corporation uses the world's largest eco-friendly buses.
Most of the vehicles plying on Delhi roads run on CNG, an environmentally friendly gas.
Apart from regular vehicles, Delhi has a vast railway network, connecting all parts of India and is home to India's biggest international airport, Indira Gandhi International Airport, connecting the whole world to India.

Delhi’s climate changes according to the weather. While nobody can claim Delhi to have a specific type of climate, it leaves onlookers amazed by the varieties it exhibits. The seasons are listed below:

April to June (Summer): Delhi remains extremely hot during the summer season and doesn’t allow any visitor to roam around the capital city without getting tanned. The temperature can reach a maximum of 48°, forcing you to stay indoors only.

July to Mid-September (Monsoon): Delhi remains a little floating in monsoon, with heavy to moderate rainfall. The climate remains wet, hot, and humid, but one can enjoy pleasant clean views along with a rainbow.

September to November (Autumn): Maximum people of Delhi prefer Autumn season over anything as Delhi remains very pleasant during these months. While October and November are significant festival months in India, Delhi’s climate gives a little relief to people in enjoying the festivals at their best. It is also the best time to visit places and make unforgettable memories.

December to January (Winter): Delhi tends to remain the coolest during the end of the year and the beginning of the new year. The city remains embraced with fog (or smog) during late hours of the morning and the entire night. The minimum temperature can reach up to 0°.

February to March (Spring): After a tormenting series of chills, Delhi lets its citizens dance in pleasant spring winds and feel the sunshine. The temperature remains normal during this time, letting you explore the city well.

Delhi is a diverse city with every religion and festival holding its unique place and value. Whether it’s a Hindu festival or a Muslim, a Sikh, or a Christian festival, each one of them is celebrated with the same zeal. The prominent festivals of Delhi are:

Holi: Holi is the festival of colors and is considered to be the most joyous festival of Hindus. It is celebrated in the month of March on a full moon day. People smear colors on each others’ faces and drip them down with water. Every household is full of the smell of snacks and sweets. There are many stories associated with the celebration of Holi, one of them being that an evil demoness, Holika, who tried to burn the devotee of Lord Vishnu (Prahlaad), was burnt this day.

Independence Day: This is not a festival but a day that fills every Indian with pride and patriotism. After being ruled by the British for over 100 years, India gained its freedom on 15th August 1947. This day is celebrated in all parts of the country. Delhi, being the capital city, hosts the celebration of Independence Day on India Gate in the presence of President, Prime Minister, many essential politicians, bureaucrats, and millions of onlookers from every part of the country.

Muharram: Muharram is a 10-day long Muslim festival. It is celebrated to honor the martyr Hazrat Imam Husayn, the grandson of the Holy Prophet. Muharram refers to the Islamic New Year and is celebrated for 10 days, continuously.

Raksha Bandhan: Raksha Bandhan is a Hindu festival celebrated throughout the world. This festival holds great importance in Hindu culture as it symbolizes a bond between brothers and sisters. Sisters tie a rakhi (a holy thread) on the wrist of their brothers, and in return, brothers promise to safeguard his sister forever. Raksha Bandhan is celebrated in the month of August.

Diwali: Diwali is the festival of lights and is celebrated all over the world among Hindus. This festival is celebrated to honor the return of Lord Ram to Ayodhya (his birthplace) after killing the demon Ravan. People light up their houses, distribute sweets to neighbors and relatives, and kids light up the sky with firecrackers.

Christmas: Christmas can be a festival of Christians but is celebrated among all the citizens of India with the same enthusiasm and honor. Delhi looks like a picnic hub, families visiting places to celebrate Christmas, friends meeting up and enjoying their time.

Republic Day: 26th January 1950, the day when India adopted its own set of the constitution and became a Republic, is celebrated all over the country with great pomp and show. New Delhi is decorated with an Indian flag and quotes of freedom, and the day is registered as a National Holiday.

Places to visit in Delhi 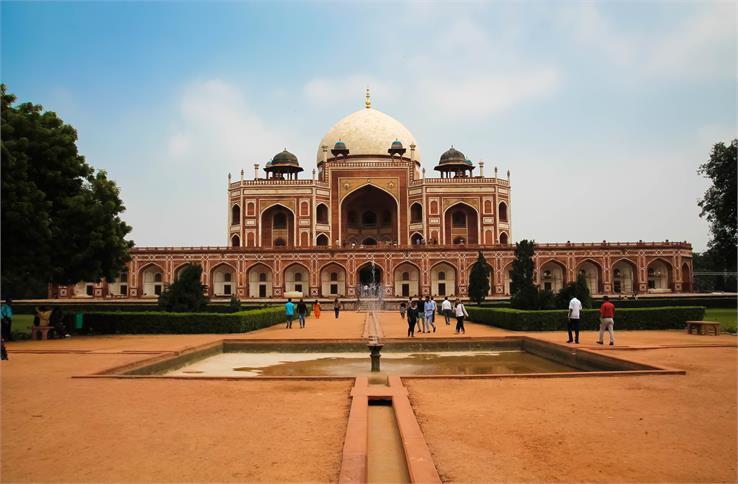