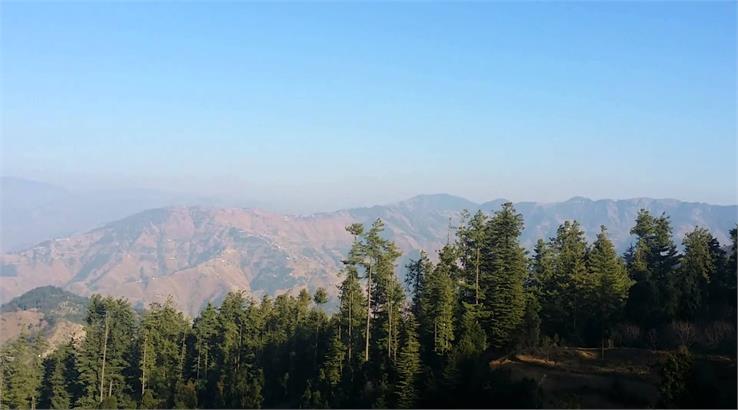 The capital town of Himachal Pradesh, surrounded with serenity in the North-Western part of Himalayas, Shimla, is undoubtedly amongst the most beautiful and the most enchanting hill stations of India. Covered with the blanket of scented air and nature’s beauty at its best, Shimla, also spelled as Simla. Shimla expands over 2,250 meters (7,380 feet) of the area. It has a mesmerizing edge of European conditions to it: during the British Raj, the Europeans who could manage around back to England used to spend their time here to experience the exotic dimensions of this splendid Hill Station. A welcoming ambiance with attractive flowers, glorious valleys, architecturally rich temples, high mountain ranges, and crystal clear rivers: Shimla has everything to offer and that too in abundance.

This beautiful canopy of hills has something to offer everyone: from people inclined towards religion to those with an adventurous streak in their veins, the possible spots for sight-seeing are inexhaustible. Some of the most remarkable places to pay a visit are:

At a distance of around 162 km from Shimla, one can also visit Sirmaur, where the largest lake of the Himachal Pradesh state, Lake Renuka, flows.

With umpteen sports and festivities to offer, Shimla stands as one of the most exciting hill stations on the Indian canvas. Besides the most obvious option of camping and water sports, there are other thrilling alternatives, as well. Rock Climbing, Rope Walking, Rappelling, and Forest Treks are the most engaging activities amongst others. Besides, Ice Skating and Paragliding are also a sensory treat for enthusiasts.

Popularly called the ‘Queen of the Hills,’ Shimla does not only offer visual treat; the mouth savoring cuisines available there at cheap prices also give it an edge over other tourist spots. Factually, Pahari or Himachali cuisines are universally enjoyed. The main reason for its widespread acknowledgment is its uniqueness and authenticity in terms of flavors and taste. Chan Madra, Chicken Anardana, Siddus, Auriya Kadoo, Sepu Badi Madra are the most delicious food items of Shimla that leave their rich spices in one’s tongue as well as the heart. The best food services could be availed from The Peterhoff, Ashiana & Goofa, and Hotel Holiday Home.

Food and festivals go hand in hand. Shimla is a wonderful place to visit for the people who want to enjoy the vitality of life.

Festivals like Ice Skating, Rhyali Festival, Spring Festival, and summer festivals are the central attraction for the tourists.

One can enjoy a breath controlling view of the falling snow mostly in the months of December, January, and sometimes in February too!

One can plan to visit this amazing hill station in summers to enjoy it to the fullest and beat the scorching heat. Though, tourists who want to witness the heavenly snowfall can visit it ideally from October to February anytime. For Budget-friendly travelers, family vacations in July or August could be a luring experiencing for the monsoon hills to reveal their magically pacifying facets during these months. Generally, from September to June, the vivacity of the Shimla never disappoints.

Like every attractive tourist spot, Shimla provides ample alternatives for accommodation in pocket-friendly packages. The best hotels, however, are Clarke’s Hotel, Hotel Amber, and The Oberoi, amongst a few others. Most of the hotels provide an expanded view of this beautiful city and also captures the essence of the Himachali culture in its ethnic form.

To reach Shimla, one can easily opt for Air modes of transport or the Railways.

Airways: Jubbarhatti is the airport in Shimla to which regular domestic flights are available from major cities of India.

Railways: For those who intend to travel by Railways, Kalka is the nearest railway station that connects Shimla to various neighboring states. Conveniently enough, the train to Shimla from Kalka could be taken to reach in as less as 6 hours.

Roadways: Shimla has a good roadways network well-connected to many major towns. As well as Chandigarh, the famous big city is connected to Shimla through NH22. Distance between major towns and Shimla, by road:

The tourism and hotel industry plays a principal role in developing the economy of Shimla. There are some government sectors too. The government tries to promote the IT and the technology sector as well.

Though being a hill station, the city has many outstanding schools and colleges. There are some institutes for higher education, as well. Some schools from the British era also exist here. List of some education centers in the city are:

Some names of the popular institutions for advanced studies in Shimla are:

With multiple natural, geographical, and historical temptations to offer, Shimla doubtlessly reigns as one of the most sought-after tourist destinations. Colorful and feisty vibes envelop Shimla throughout the year. Once in a lifetime, one must ideally plan a vacation to this ‘Queen of the Hills’ to delightfully experiencing the unique amalgamation of an eventful life and calm, restorative nature.