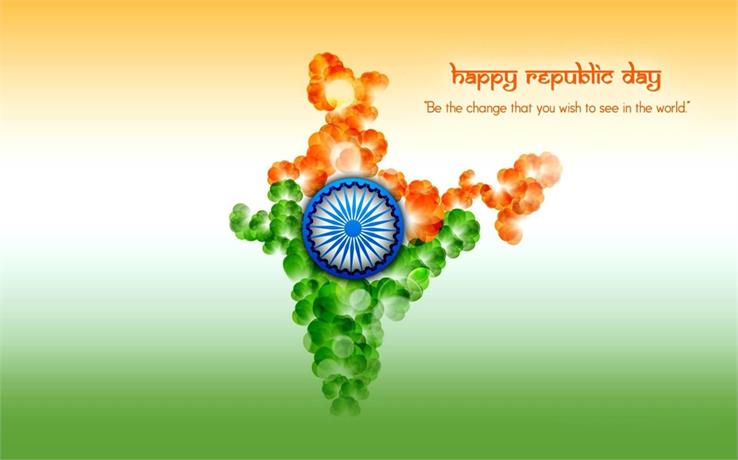 Republic Day - The day of Liberation

26th January is celebrated as the Republic Day in India, every year. It was on 26th January 1950, when India’s constitution came into existence, and India became an independent republic country.

Every year, this day marks a national holiday and a grand celebration in schools, offices, institutions, and government sectors. A festive mood, filled with pride, can be seen anywhere, but the most significant and joyous event takes place in the capital city Delhi, at Rajpath, where all dignitaries gather to honor this day.

India attained independence from the British Empire on August 15, 1947, but the country still didn’t have a permanent constitution. The government of India was following laws that were based on amended colonial Government of India Act 1935.

On August 28, 1947, Prime Minister Jawaharlal Nehru called for a Drafting Committee and assigned them the task of drafting a permanent constitution. B. R. Ambedkar was appointed as the chairman of this committee, and under his guidance, the committee submitted a draft of the constitution to the Assembly on November 4, 1947.

After two years, 11 months and 18 days, including numerous Assembly meetings, the Indian Constituent Assembly adopted open public sessions, deliberations, and modifications, a final draft of the constitution on November 26, 1949. The Assembly formally signed two hand-written copies of the document on January 24, 1950, and the Indian Constitution came into effect on January 26, 1950, throughout the nation.

Prime Minister, along with the Assembly members, finalized the day January 26 as Republic Day, because on the same day in 1930, the Indian freedom fighters proclaimed for complete freedom (Purna Swaraj), instead of the Dominion status offered by British Regime. To honor the soldiers and their struggles for freedom, the day of January 26 got finalized.

Republic Day is one of the most cherished and prideful days in Indian history. Independence could’ve meant nothing if India didn’t have its own constitution. It was 26th January 1950, when the monarchy was rooted away from India when India became a sovereign, socialist, democratic republic. It was on this day when every citizen was happy to get justice, equality, and liberty.

Republic Day ensures every citizen of India that they are an equal part of the country and that the government of India is to the people, for the people, by the people. This day fills hope in every heart and soul-hope of enjoying equal rights, freedoms, and laws.

Republic Day is celebrated with great enthusiasm all over the country, but the main celebration takes place in Delhi, the capital city of India. The prominent figures of India, along with thousands of onlookers, gather together at Rajpath, New Delhi. Every year, a series of events take place in an order which is planned and executed by the Ministry of Defence.

The Republic Day celebrations end on the evening of 29th January with a Beating Retreat Ceremony. The Beating Retreat Ceremony begins with the arrival of President, safeguarded by his bodyguards at Raisina Hills. After his arrival, the President receives National Salute from Presidential Body Guard commander and his regiment, followed by National Anthem. Meanwhile, the bands of Indian Armed Forces display the mass bands, which include Military Bands, Pipe and Drum Bands, Buglers and Trumpeters, and play popular tunes like Abide With Me, Raghupati Raghav Raja Ram, and Saare Jahan Se Achcha at the end.