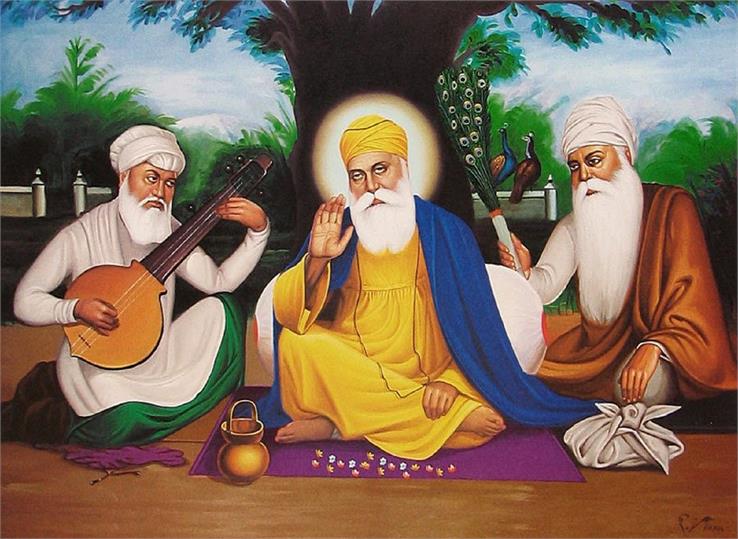 Guru Nanak Jayanti is celebrated to mark the birth of Guru Nanak, the founder of Sikhism. It is one of the most sacred festivals in Sikhism and is a national holiday in India.

Guru Nanak was the first of ten gurus (masters) of Sikhism, and Guru Nanak Jayanti is celebrated among all Sikhs all over the world. The ten gurus are responsible for shaping and nurturing Sikhism, and their birthdays are known as Gurparb, which means- a day associated with the guru.

The festival is celebrated on the full moon day in the lunar month of Kartik (October/November). The holy place of Sikhs, Gurdwaras, are decorated with lights and flowers. One can get a feeling of the festival by just looking at the Gurdwara. The celebrations are specifically prominent in Punjab, Haryana, and Chandigarh.

The celebration of Guru Nanak Jayanti is mostly the same for all Sikhs; it’s just the hymns that are different.

The celebrations start in the early morning with processions called Prabhat Pheris, that begin at the Gurdwaras and roam around the area singing hymns.

The Gurdwaras organize a forty-eight-hour non-stop reading of Guru Granth Sahib (Holy book of Sikhs), which is called Akhand Path, two days before the birthday.

A day before the birthday, a Nagarkirtan (procession) is organized. This Nagarkirtan is led by Panj Pyaras(Five Beloved Ones). The Panj Pyaras head the procession carrying Nishan Sahib (Sikh Flag) along with the palki of Guru Granth Sahib. The parade is followed by a team of singers and devotees, singing hymns and chorus. A group of youths displays their swordsmanship via various martial arts and mock battles using traditional weapons.

All the processions end at their respective Gurdwaras, and people bow to their deity and receive Karah Prasaad (a sweet dish made of white flour, sugar, and ghee). The Gurdwaras also hold langar (free lunch) for all the devotees and visitors.

Guru Nanak was supposed to be born on April 15, 1469, in Rai Bhoi di Talwandi village, which now falls in the Shekhupura district of Pakistan, known as Nankana Sahib. He was born to father Kalyan Das Mehta and mother, Matta Tripat.

Guru Nanak had a spiritual mindset from an early age. He even refused to wear janeyu (a sacred thread, worn by upper-caste Hindus) because he never believed in superficial aspects of religion and preferred wearing God's name in the heart where nobody could break or malign it.

In his teenage, he started working as a storekeeper in the granary of Daulat Khan Lodi in Sultanpur. While working at the granary, he met Mardana, a Muslim servant, and together they began to gather Hindus and Muslims and sang hymns to praise the creator of this world.

Guru Nanak got married at the age of 18 and had two sons. At the age of 28, he disappeared for three days and upon returning, claimed that it was the turning point of his life. He explained how there isn't any Hindu or any Muslim and that there is only one God that can be worshipped by any name and in any form. His teachings stood in contrast with the religious practices of his time and became part of Guru Granth Sahib, the holy book of the Sikhs.

Guru Nanak always asked the devotees of Sikhism to follow his teachings and overcome the five vices - lust, greed, attachment, anger, and pride. He always taught people to devote one's life to the selfless service of God.

Some of the teachings of Guru Nanak are: