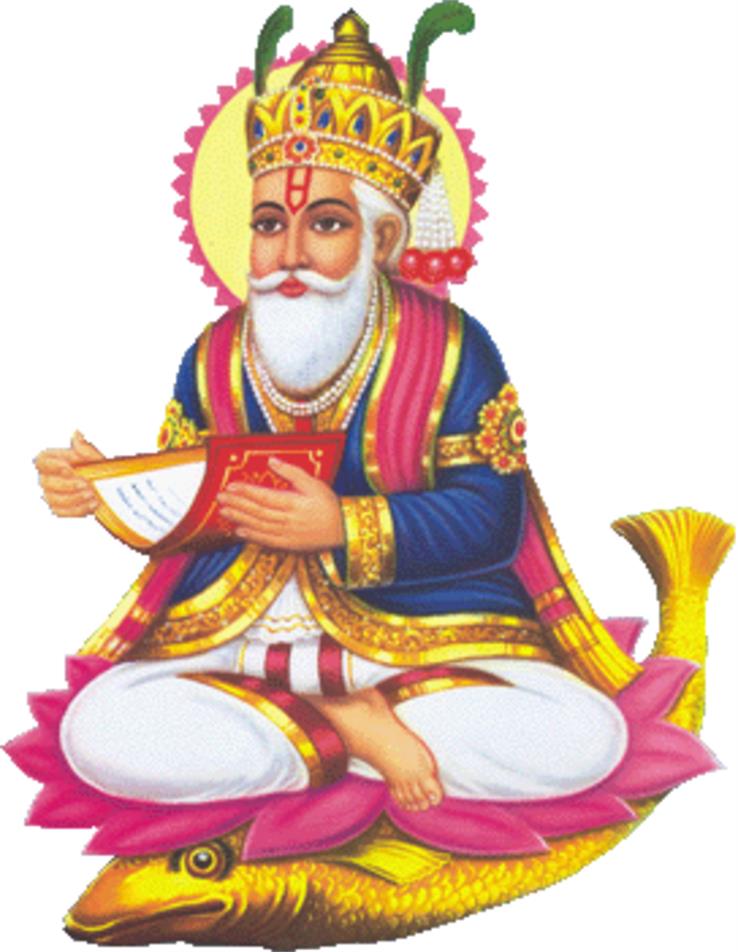 Fair-festivals are the identity and heritage of any religion and culture. In our country, people from different religions and communities live in unison and celebrate festivals with love and enthusiasm. Similarly, the ‘Sindhi community’ who is living in various cities in India celebrates various traditions and festivals. Sindhi religion came from Sindh, an area between India and Pakistan. Those who started migrating to India after partition was called Sindhis. The deity of Sindhi religion is Bhagwan Jhulelal, who is popularly known as 'Ishta Dev.' His worshipers consider him to be an avatar of Varuna (water god). The Sindhi society also honors Varun Dev as the God of the ocean, the protector of truth, and the deity with divine vision. They believe that water is life and brings all the happiness. Jal-Jyoti, Varunavatar, Jhulelal are the Ishta Dev of the Sindhis. While praying, Sindhi wishes for peace, joy, cheer, greenery, and prosperity in the world. Sindhi society celebrates the incarnation of Lord Jhulelal as Chetichand. Ban Bhadhri is celebrated on the Shukla Paksha of month Bado. Somavati Umaas, Teejri, Sagra (Sacred thread), Mahalakshmi Sagra, Akhan Teej are some other festivals of Sindhi Community. Here is brief information about Sindhi Festivals:

Once upon a time, being troubled by the tyranny of the ruler of Sindh province, people of the Sindhi community prayed to God and fasted for 40 days. In order to help them, God appeared in the avatar of Jhulelal to end the rulers’ barbarism. In remembrance, Chalio or Chaliho, also spelled as Chaliho Sahib, is a forty-day-long festival observed by Sindhi Hindus to express their gratitude and praise to Jhulelal Ji for protecting them from their impending conversion to Islam. Chaliha festival is celebrated every year when the Sun enters the Cancer sign.

Jhulelal Ji was born in Thatta city of Sindh in the month of Chaitra, who liberated the people from the tyranny of the Cruel King Mirkhshah. Jhulelal Ji is considered an avatar of Varun (Water God). The birth anniversary of Jhulelal Ji, who was earlier known as Uderolal, is celebrated by the Sindhi society as the festival of Chetichand or Jhulelal Jayanti.

Sindhi people often fasted on Monday and Saturday, Gyaras or Umaas. During the fast of Satyanarayana and nine days of Ekaanaas (food only once a day) were taken.

In Sindh, Akshaya Tritiya is called 'Akhandi.' It is celebrated in the month of Vaishakh.

Ban Bhadhri is celebrated on the Shukla Paksha of month Bado. On this day, Varuna was incarnated.

The Amavasya that falls on Monday is called Somavati Amavasya, which has special religious significance in Sindhi religion.

Shri Mahalakshmi fast begins on the day of Shukla Ashtami of Bhadrapada. It lasts for sixteen days, and mother Lakshmi is worshipped on this fast.

Teejri, also spelled as Teejdi and Sindhi Teej, which is similar to Karwa Chauth and Hariyali/Kajari Teej. On Teejri, married women fast and apply mehndi on their hands and feet. Unmarried girls also fast to get a marital bliss.

The word Thadri means cold in the Sindhi language. The entire Sindhi community celebrates this festival on the eighth day of Rakshabandhan with gaiety. Thousands of years ago, the statue of Shitala Devi was found in the excavation of Mohenjo Daro. It is believed that the festival is celebrated to give honor to the deity.

Janmashtami is celebrated not only in India, but also Indians settled abroad with full faith and happiness. Shri Krishna took avatar on the Ashtami of the Krishna Paksha of Bhadrapada month in Mathura at midnight to destroy the tyrannical Kansa.

The festival of Ramnavami is celebrated on Navami of the Shukla Paksha of Chaitra month. According to Hindu scriptures, Maryada Purushottam Lord Rama was born on this day.

On this day, parents send laddoos and Chikkis to the in-laws of their married daughters.

Dussehra (Vijayadashami) is a major festival of Hindus & Sindhis. It is observed on the tenth day of the Shukla Paksha of Ashwin month. Lord Rama killed Ravana on this day, and Goddess Durga conquered Mahishasura after nine nights and ten days of the war. It is celebrated as the victory of truth over untruth.

Lohri festival is celebrated in Sindh as Lal Loi on the same day. Lal Loi is also a Festival Of Bonfire.

Nag Panchami is a major festival of Hindus & Sindhis. According to Hindu Panchang, Panchami of Shukla Paksha of Sawan month is celebrated as Nag Panchami. On this day, the serpent god or snake is worshipped, and they are given a bath with milk.

Holi is a prominent Indian festival celebrated in the spring season. This festival is celebrated on the full moon of Phalgun month according to the Hindu calendar.

Sindhis are well known for holding religious and social significance in the world. They have abundant historical legends and scriptures, which illustrates that Sindhi Civilization is one of the oldest ancient civilizations. Sindhi people celebrate their festivals in a peculiar style with zeal and joy.