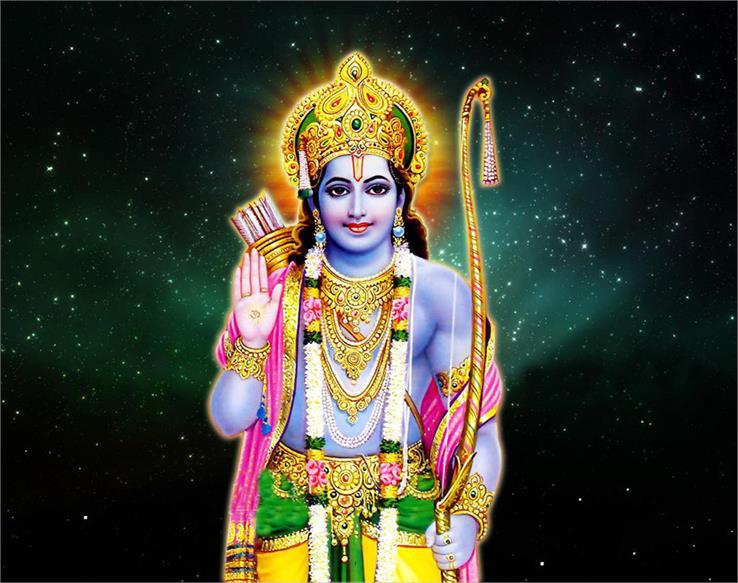 Lord Rama is said to be the seventh incarnation of Lord Vishnu. He took birth in Ayodhya and was the son of King Dasharatha and Queen Kaushalya. Ram Navami is celebrated as the birth anniversary of Lord Rama. He had half of the divine qualities of Vishnu and was called “Maryada Purushottam,” which symbolizes the most genuine male or the most superior male.

People organize Akhand Path of Ramacharitamanas, a Holy book of Hindus. These events are filled with the prayers recited, mantras, bhajans, kirtans, aarti, puja, and prasad.

In Southern India, this festival marks the wedding anniversary of Lord Rama and Devi Sita. People organize Puja where Sitarama Kalyanam or the wedding of Lord and the Goddess is held. Devotees also take out Rath Yatra, which means a journey by chariot, through the main routes of the city. These are also called Rama Shobha Yatras. The Yatra comprises the idols of Rama’s brother Lakshamana and Lord Hanuman.

Jankpuridham in Nepal, Rameswaram in Tamil Nadu, Kodandarama Temple in Andhra Pradesh, Sita Samahit Sthal in Bihar, Bhadrachalam in Telangana and Ayodhya in Uttar Pradesh are some of the places where special and vital celebrations for this day are observed. In Ayodhya, thousands of devotees take a Holy dip in the sacred Sarayu river.