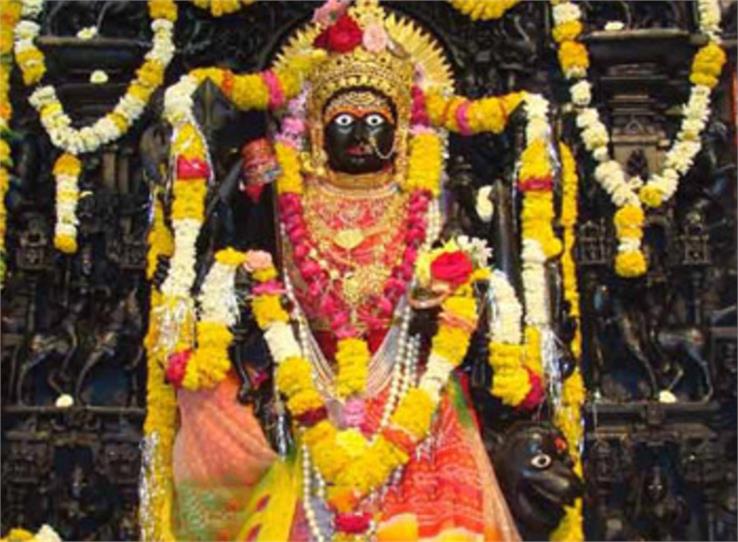 Chandrabhaga or Prabhas Shakti Peeth is one of the most famous temples amongst Hindus. It is near Triveni Sangam in Prabhas region of Gujarat and is also mentioned in the Puranas. At present, this Shaktipeeth is located on the back side of Shri Ram Temple of Somnath Trust and near Harihar Forest. The path leading to the temple goes from the left side of the entrance to the Sri Rama temple. There is a lack of information about the power of this Shaktipeeth in Somnath region. Most guides do not include this temple in the local religious shrines there. Therefore, devotees will have to strive to see this form of Mother Sati by themselves. Every year A huge number of devotees flock from all the parts of the country to worship the holy place, as it is said that people who worship here truly, get rid of their past sins.

According to religious texts, parts of Goddess Sati fell at all these places. According to the legend, King Daksha, father-in-law of Lord Shiva, organized a yajna, in which King Daksha did not send invitations to Lord Shiva and Mother Sati, because King Daksha did not consider Lord Shiva as his equal. Mata Satifelt really bad when she heard it.. She reached the yagna without invitation. There were a lot of insults to Lord Shiva at the Yagna site, which Mata Sati could not bear and she jumped into the Havan Kund there. Lord Shankar came to know about this, after which he reached there and took out the body of Mata Sati from Havan Kund and started doing Tandava, which caused upheaval in the entire universe. To save the entire universe from this crisis, Lord Vishnu divided the body of Mata Sati into 51 parts from his Sudarshan Chakra, the organ where it fell became the Shakti Peetha.

In Prabhas Shakti Peeth, the "stomach" of Mother Sati fell. Here Mata Sati is known as ‘Chandrabhaga’ and Lord Shiva as ‘Vakratund’.

This Shaktipeeth, built in place of the fallen limb of Goddess Sati, is worshiped in the name of Devi Chandrabhaga, the presiding deity and is worshiped as Lord Shiva or Bhairava Lord Vakratund, seated with Goddess Sati. This temple is located near the world famous temple of Somnath, which is dedicated to Lord Shiva, where the recognition of Prabhas Shaktipeeth or Devi Chandrabhaga is also accepted by some experts.

There are many opinions regarding the place of origin of Prabhas Shaktipeeth, although the Amba Mata temple situated on the summit of the holy Girnar mountain in Veraval town of Junagadh is worshiped by the locals as Prabhas Shaktipeeth. The city of Junagadh, famous for its historical heritage and religious sites, is located on the lower floor of the holy Girnar mountain, 600 m here.

This temple built in four steps by sandalwood wood and stone by Bhimdev of Lord Shiva, is itself an amazing wonder of ancient art and culture. It is believed that this holy place of Prabhas Patan (Somnath) is located at the confluence of the mythological rivers - Saraswati, Hiranya and Kapila, where the divine Shivalinga in the form of Kalabhairava of Lord Shiva is enshrined. It is also known as the abode of Lord Somnath (Som or Chandra's Nath or Lord ie Lord Shiva) due to the belief that Chandra Dev worshiped Lord Shiva by installing Shivling on this holy land. On this world famous temple, religious euphoria of devotees is seen.

Ambala temple is also located at some distance on the summit of the high Girnar hill. The Girnar hill is dedicated to Goddess Amba.

It is believed that once you visit this temple, married life leads to a very happy life. This is the reason that the newly married couple begin their happy life here only after receiving the blessings of Goddess Amba Mata. One of the oldest temples in the state of Gujarat, this famous Hindu temple is believed to have been built before the 12th century. Goddess Amba Mata is the presiding lady of Junagadh, whose footprints are inscribed on the sacred Girnar mountain. It is believed that the Mundan ritual of Lord Krishna was also performed at this holy place, although according to some experts, the temple of Lord Shri Krishna and Lord Balarama are said to be performed at the Savitri Devi Shaktipeeth temple in Kurukshetra. Amba Mata Temple has a beautiful device made of gold, on which 51 sacred verses are engraved. There is a crowd of devotees throughout the year to see Goddess Amba Mata. At the same time, people also gather here in large numbers to enjoy the Bhavai folk theater organized in the fire of the temple.

The Chandrabhaga Shakti Peeth is open throughout the year. The temple opens at 6:00 am in the morning and closes at 08:00 pm in the evening. From morning to evening, one can visit anytime to worship in the temple.

Though Junagarh does not have its own Airport but nearby Airport Can help you. As national and International both airports are situated in the cities near Junagarh. From the Airport you can take the assistance from roadways like buses and taxis to reach Chandrabhaga temple.

The famous Shakti Peeth Prabhas is situated near Ahmedabad which is well connected to the major cities across the country. Various buses and taxi services are easily available to the temple all over the country.

The temple, however remains open throughout the year but the best time to visit the Chandrabhaga Prabhas Shakti peeth is Winters. October to March is the perfect time to visit there as the weather is incredible at that time.  Monsoon and heavy rainfall, landslides may spoil your plan. So winters are ideal time to visit.

Places to go Around