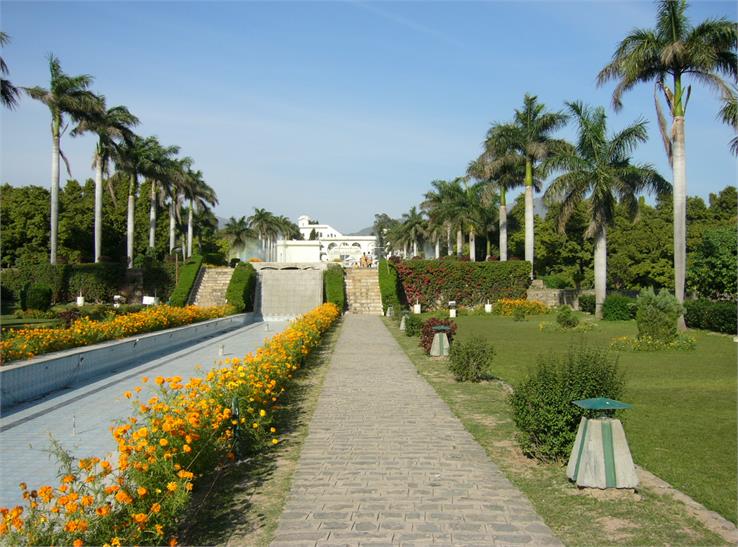 The first planned city of Independent India, aristocratic and cosmopolitan, green and picturesque furnished, the joint capital of Punjab and Haryana and officially a Union Territory, Chandigarh today exudes vibrant energy that is matched by only a few others in the country. Chandigarh is the first smoke-free city, and it was reported as the cleanest city in India in 2010, based on a national government study. Moreover, the city tops the list of States and UTs in terms of per-capita income and the Human Development Index. Formed out of the trifurcation of erstwhile larger Punjab, metropolitan Chandigarh collectively forms a Tri-city with Mohali and Panchkula, with a combined population of over 2 million.

The name Chandigarh is derived from Chandi Mandir, an ancient temple in Panchkula District, devoted to goddess Chandi, the warrior form of goddess Parvati. When Swiss-French architect Le Corbusier was commissioned in 1950, he conceived a master plan of the people-oriented city, made transformations in the earlier plans created by the Polish architect Maciej Nowicki and the American planner Albert Mayer. For travelers, Chandigarh is a place to see India as it would like to be seen-prosperous, comfortable, and cosmopolitan, the best place to eat, drink, and shop.

Though Chandigarh originally was designed as a small compact city, immense pressure was put on its infrastructure like now the town has its own IT Park bringing excellent opportunities, Ambala-Chandigarh highway has been broadened. Confederation of Indian Industry (CII) has lately opened a convention center with state-of-the-art facilities. In addition, grand hotels, skyrocketing reality, a cosmopolitan population, most extensive dining, and entertainment options have made Chandigarh an ideal place for tourism in every aspect.

Capital Complex: Houses High Court, Secretariat, and Vidhan Sabha, shared by the states of Punjab and Haryana. You can also walk around to see Open Hand sculpture and High Court Museum.

Nek Chand Rock Garden: The best place to start would be the world-famous ’Rock Garden’ which consist of art objects like an animal and human figures made from industrial and urban waste. This sculpture garden was one man’s imagination who created it - road inspector Nek Chand Saini.

Parks and Gardens: Chandigarh is dotted with public parks, like Rose Garden with 1500 rose varieties, Bougainvillea Garden, a memorial to Indian Soldiers killed in cross-border conflicts since Independence.

Sukhna Lake: This artificial lake fulfills the leisure objective of Le Corbusier’s masterplan, which is a recreation stop for Chandigarh families.

Sector-17 is an entirely pedestrian shopping center both for shopping and fun, the best place to shop for anything ranging from jewelry and handicrafts to high-end brands. All the best restaurants and bars are located here. For cameras, accessories, and supplies, visit the stores on Udyog Path, opposite ISBT-17. For books, browse the bookshops on the plaza in sector 17-D.

The city does not lack options for dining out. Mediterranean cuisine with Asian overtones is offered by almost all the hotels and restaurants with colorful seating and warm, welcoming attitude of Punjabis come together here to add value to your meal.

Chandigarh is ‘green’ where roads are surrounded by trees and claims to have the third-highest forest cover in India at 8.51% after Lakshadweep and Goa. Chandigarh is covered by eucalyptus, banyan, chinar, Ashoka, cassia, mulberry, and many other trees that flourish its ecosystem. The city has forests surrounding that sustain many animal and plant species. Deer, sambars, barking deer, parrots, woodpeckers, peacocks, and a variety of ducks and geese are inhabited here. The beautiful Sukhna Lake provides a healthy atmosphere favorable for the migratory birds from parts of Siberia and Japan in the winter season.
A parrot sanctuary, Zakir Hussain Rose Garden, Rock Garden, Terraced Garden, Bougainvillea Garden, Shanti Kunj, and many others add to the charm of the city.

Chandigarh has well equipped with educational facilities, numerous housing schools, colleges, and one of the reputed universities i.e., Punjab University. Students from around the world come to gain education here without compromising anything. There are institutions like:

With a per capita income of INR 99,262 and an estimated gross state domestic product of $2.2 billion in current prices, Chandigarh has been rated as the "Wealthiest Town" of India. The main occupation here is trade and business. However, the Punjab and Haryana High Court, Post Graduate Institute of Medical Education and Research (PGIMER), the availability of an IT Park, and more than a hundred government schools provide employment opportunities to people. Chandigarh is ranked as the twelfth largest deposit center and tenth largest credit center nationwide as of June 2012 by RBI.
Chandigarh has formed by three governments. A significant percentage of Chandigarh's population consists of people who are either employed under one of these governments or have retired from government service. For this reason, Chandigarh is often called a "Pensioner's Paradise". Chandigarh has the highest standard of living and remarkable per capita income, with tremendous employment-generating setups in the city and suburbs like,

The Confederation of Indian Industry (CII)

How to Get There and Around

Railways: Chandigarh Railway station is in the northeastern part of the city, which is 8km away from downtown. Himalayan Queen is another crucial link.

Local Transport: Call or radio taxis, auto-rickshaws can be hired at negotiable rates.