Aritar is a hill station in the East Sikkim district of Sikkim, falling under the Rongli Sub-Division. It is famous for its beauty, lush green forests, sweeping hills of paddy fields, placid lakes, and refreshing weather. The region is quite isolated from the rest of the state, which makes it suitable for an ideally peaceful holiday spot.

Mt. Kangchenjunga bounds Aritar, the highest mountain peak in India and third highest in the world. Being around the highest peak also benefits Aritar by the presence of an abundance of rivers and forests.

Aritar is famous for hosting the Lampokhari Tourism Festival in the month of March or April. In the festive season, visitors get lucky enough to do the following things:

As Aritar is a hill station, it looks amusing and splendid in summers. In summers, the atmosphere around lets you do many activities like trekking, hiking, or just strolling around. But when winters approach, the area tends to get extremely chilly, and the temperature is dropping down to the freezing point. It is best suggested to visit Aritar in summers.

By air: The nearest airport is Bagdogra Airport. You can get a private vehicle or a taxi to reach Aritar town.

By Rail: The nearest railway station is Jalpaiguri Railway Station, and after that, you can hire a taxi or a cab to reach Aritar, which is around 4-5 hours drive from there.

By road: The roads of Aritar is in an excellent position. You can take a bus from any provider or can also drive your own vehicle. 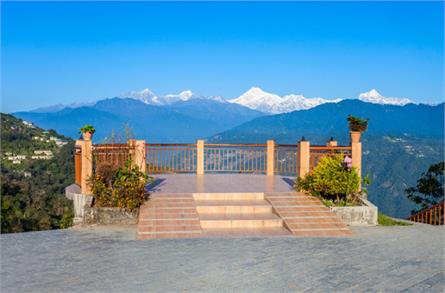 In the Indian state of Sikkim, Gangtok plays the important role of being…