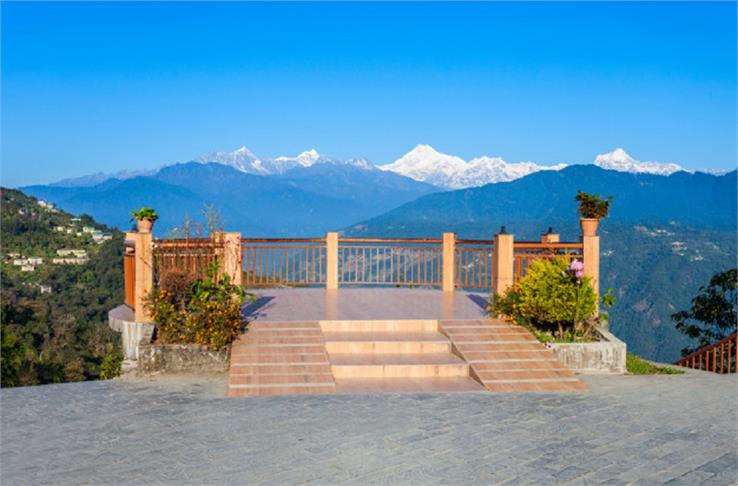 In the Indian state of Sikkim, Gangtok plays the important role of being the largest town, a municipality, and the capital of the city. It also serves as the East Sikkim district.

Gangtok is located in the eastern Himalayan range with a population of 100,000, belonging to different ethnicities like Nepalis, Lepchas, and Bhutia. Surrounded by Himalayan peaks, Gangtok is the main hub of Sikkim tourism.

After the construction of Enchey Monastery in 1840, Gangtok became a popular Buddhist pilgrimage site all over the world. It is a center of Tibetan educational institutions and centers for Tibetology.

The meaning of the name Gangtok is said to be ‘hill cut’ and the views justify it truly. The capital town is wrapped in clouds, with lush green forests all around and popular hills of Himalayas and Kanchenjunga at a distant sight. The city is perfect for a holiday spot and hides gems and adventures in every corner.

Gangtok remained just a place, oblivious, just like Sikkim, until the construction of the Enchey Monastery began in 1840. In no time, Gangtok became a pilgrimage center. At the end of the 19th century, the defeat of the Tibetans by the British made Gangtok a major stopover in the trade between Tibet and British India.

In 1894, the Sikkimese monarch Thutob Namgyal declared Gangtok as the capital city of Sikkim, instead of Tumlong. After India's independence in 1947, Sikkim chose an independent monarchy with Gangtok as its capital. Sikkim came under the rule of India, with the condition that it would retain its independence, as per the treaty signed between the Chogyal and the then Indian Prime Minister Jawaharlal Nehru. India and Tibet continued to trade through the Nathula and Jelepla pass.

After the integration with the Union of India in 1975, Sikkim became India's twenty-second state, with Gangtok as its capital.

Gangtok has a subtropical highland climate, which is influenced by monsoon. Its sheltered environment and elevation cause mild and temperate climate throughout the year.

In summer: The summer season lasts from April to June in Gangtok. The temperature can go to a maximum of 22°C and the weather remains warm and pleasant, allowing visitors to enjoy every moment in this dreamland.

In monsoon: Monsoon season lasts from June to September in Gangtok. Even though the rainfall starts from mid-May but reaches its peak in July with the maximum recorded rainfall of 649.6 mm (average). The region remains slippery and fog can be expected in the morning. Chances of landslides are very likely during this month and it’s not recommended to visit the station during that time.

In winter: The winter season lasts from October to February in Gangtok. Even though the temperature doesn’t shoot down to negative, the minimum temperature could range from 7°C to 4°C with fog in the morning. However, the weather remains unpredictable and can surprise you with the sunny atmosphere at one moment and heavy rainfall at another. Snowfall is rare in Gangtok.

Although it depends on the need and amusement of the visitor, the best recommended time to visit Gangtok is from October to May.

The main spot of tourism in Sikkim is Gangtok and hence, most of the tourism revenue comes from Gangtok. Most of the residents of Gangtok are directly or indirectly attached to tourism, with many being employed in hotels and restaurants.

Another economic activity in Gangtok is Ecotourism, which includes trekking, mountaineering, river rafting, and other nature-oriented activities. As per a study and sources, an estimate of 351,000 tourists visited Sikkim in 2007, which generated a lump sum revenue of about ₹50 crores (500 million).

Another factor affecting the economy of Gangtok is trade via Tibet, which deals in wool, fur, and spice. A thriving cottage industry in watch-making, country-made alcohol, and handicrafts also contributes to the economy. Gangtok’s main market provides a platform for many of the state's rural residents to offer their produce during the harvest seasons. The majority of the private business community is set up by Marwaris and Biharis.

As part of Sikkim, Gangtok enjoys the status of being an income-tax-free region as per the state's 1948 Income tax law. MG Marg (Road) is one of the main shopping and cultural activity streets in Gangtok.

The nearest airport to Gangtok is at Bagdogra (120 km away). You can hire a taxi or cab to reach Gangtok. You can also book yourself a helicopter service online that departs around 14:30 and takes 35 minutes to take you to your destination. You need to pre-book the service as one helicopter carries only eight passengers at a time, at the cost of around ₹3,500 ($52.50) per person.

The nearest railway station to Gangtok is New Jalpaiguri in Siliguri (120 km away). You can hire a taxi or get a state bus that takes 5-6 hours to take you to Gangtok, giving you memorable views.

What to shop for?

Gangtok has an exotic collection of souvenir shops for tourists and the locals. The list of a few of the most important things you can take back from here is -

The best place to shop in Gangtok is MG Marg, where you can find dress materials, trinkets, shoes, souvenirs with traditional Sikkimese designs, books on Buddhism, porcelain cups, and other gifting items.

Check out the Tibet Road, which has a whole lane of shops and emporiums for handicrafts and handloom products.

You can also visit Lal Bazaar, which is famous for all kinds of everyday things like cheese, incense sticks, and electronic gadgets.

What you can’t miss

What and Where to Eat?

Gangtok has almost every cuisine available in the richest, splendid, and authentic form. The best dishes that you can’t miss trying are

There are a number of reasonable restaurants available in Gangtok. Few of them are:

For high-altitude treks, visit Tsomgo Lake, or tour to northern Sikkim, you will need a tour agency. Not all agents work with foreigners, so look for a company that’s registered with the Travel Agents Association of Sikkim. 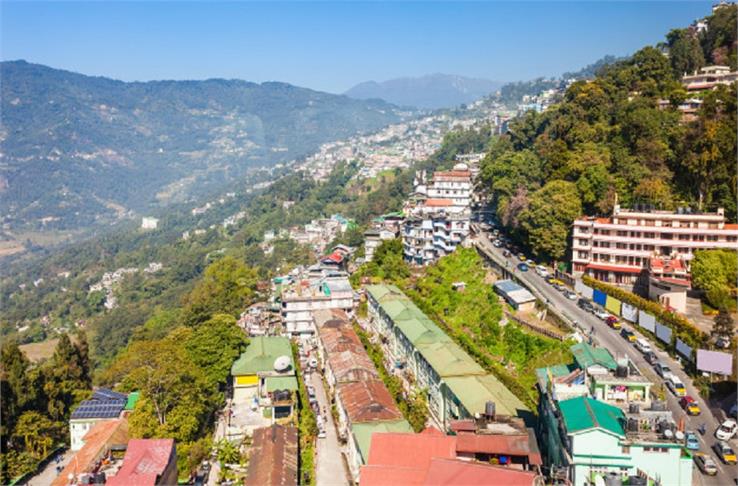 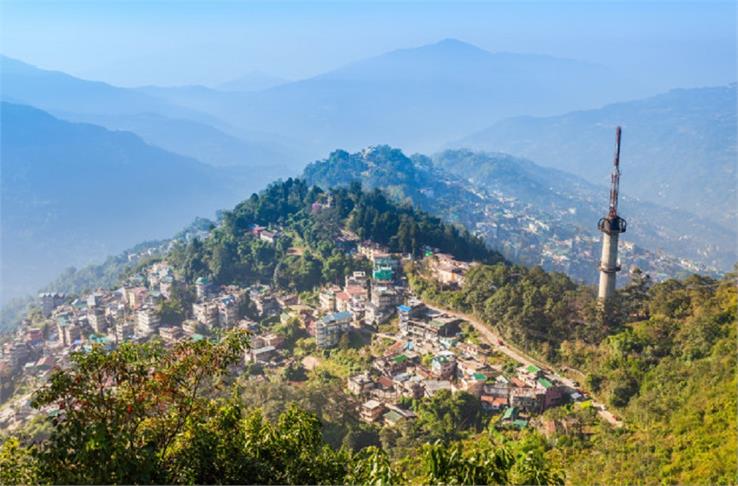