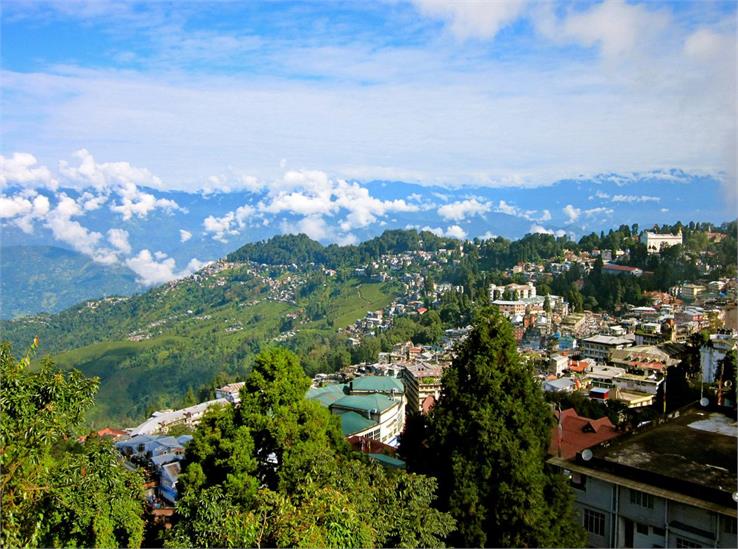 Darjeeling - The Queen of Hill Stations

Darjeeling is one of the most famous hill stations in the world. It is a town and municipality in the state of West Bengal.  It is located in the Lesser Himalayas and is a majestic combination of lush green hills, beautiful serene monasteries, tea plantations, and the amazing toy train.

Kangchenjunga, the world's third-highest mountain, is inevitably visible from every part of Darjeeling. The Darjeeling Himalayan Railway, a memory of British Raj, is a UNESCO World Heritage Site.

Darjeeling is the headquarters of the Darjeeling District and is a place where diversity meets. The place is home to people from Nepal, Tibet, Bengal, nearby Indian states, Gorkhas and still maintains to be the most peaceful place.

Darjeeling is rich with British-style public schools, which attract students from not just India but from a few neighboring countries also. Darjeeling was the center of the Gorkhaland movement in the 1980s, along with Kalimpong.

Most of the visitors visit Darjeeling to witness precious monasteries, botanical gardens, a zoo, and the Darjeeling-Rangeet Valley Passenger Ropeway cable car which is the longest Asian cable car.

From 1780, the Gorkhas (Nepali-speaking Indian citizens) were in continuous need to capture the entire region of Darjeeling. The Chogyal (the monarchs of the former kingdoms of Sikkim and Ladakh) of Sikkim were engaged in unsuccessful warfare against the Gorkhas of Nepal.

By early 19th century, the Gorkhas had successfully occupied Sikkim and had conquered and annexed the Terai (a lowland region in southern Nepal and northern India) and the entire area fell in the hands of Nepal. Meanwhile, the British prevented the Gorkhas from capturing the whole northern frontier. In 1814, the Anglo-Gorkha war broke out between Gorkhas and the British army and resulted in the defeat of the Gorkhas. This led to the signing of the Sugauli Treaty in 1816.

As per the deal, Nepal had to hand over all the territories which the Gorkhas annexed from the Chogyal of Sikkim to the British East India Company (i.e. the area between Mechi River and Teesta River). Later in 1817, the British East India Company restored the Chogyal of Sikkim through the Treaty of Titalia, along with all the tracts of land between the River Mechi and the River Teesta, guaranteeing his tyranny.

In 1828, on its way to the Nepal-Sikkim border, a delegation of the British East India Company (BEIC) officials stayed in Darjeeling and by getting mesmerized by its beauty, decided to convert the region into a site for a sanatorium for British soldiers. The company proposed a negotiation on the lease of the area located on the west of Mahananda River from Chogyal of Sikkim in 1835.

In 1849, the Sikkim Chogyal imprisoned the BEIC Superintendent Archibald Campbell and explorer and botanist Joseph Dalton Hooker, while they were strolling in the region. A unit of the army was sent by the BEIC to free them. This ignited a flame between the BEIC and the Sikkim authorities that turned into the fire with the annexation of 640 square miles (1,700 km2) of territory by the British in 1850. In 1865, another conflict raised between Sikkim and the British which resulted in another war. This war led to the British annexing the area east of the Teesta River. By the end of 1866, Darjeeling district had acquired its current shape and size, spreading in a total of 1,234 square miles (3,200 km2).

While developing a sanatorium in Darjeeling, Arthur Campbell, a surgeon with the BEIC Company, and Lieutenant Robert Napier were pleased by the temperate climate of the region and took it upon themselves to establish a hill station there. Campbell's strategy to develop the hill station, attract immigrants to cultivate the slopes and stimulate trade that proved successful and the population of Darjeeling increased a hundredfold between 1835 and 1849.

In 1848, a military store was set up for British soldiers, and by 1850, the town became a municipality. In 1856, the cultivation of tea in the district began commercially. After 1864, Darjeeling became the formal summer capital of the Bengal Presidency. In 1881, Darjeeling’s development reached the next step with the opening of the Darjeeling Himalayan Railway. However, in 1899, Darjeeling faced major landslides that caused acute damage to the town and the native population.

During the Indian independence movement, the Non-cooperation movement targeted the tea estates of Darjeeling. During the 1940s, the plantation workers and the peasants of the district were mobilized by the communists of the nationalist movement.

After the independence of India in 1947, Darjeeling became a part of West Bengal as a separate district.

The issue of a separate state of Gorkha land came forward in 1975 when a new state of Sikkim was created and Government was still reluctant to accept Nepali as an official language under the Constitution of India. This agitation took a violent turn during 1986-88 and only came to a halt when the government agreed on a citation with Gorkha National Liberation Front (GNLF). This agreement resulted in the establishment of an elected body in 1988 with the name Darjeeling Gorkha Hill Council (DGHC).

Darjeeling remained a peaceful district, even after the lingering issue of a separate state, but lacked comprehensive economic development. Another protest took place in 2008-09 to demand a different state but this time, both, the Union and State government collectively denied such demands.

In July 2011, the Government of West Bengal and the Government of India signed a pact with Gorkha Janamukti Morcha (GJM), forming a new autonomous, elected Gorkhaland Territorial Administration (GTA), a hill council that was endowed with more powers than its predecessor Darjeeling Gorkha Hill Council.

Summer: The summer season usually lasts from April to June in Darjeeling. The temperature moves up to a maximum 25°C but the weather remains mild and pleasant. Weather gets more pleasant during the evening due to cold winds.

Monsoon: The monsoon season is flowing through the months of July and August in Darjeeling. Heavy rainfall and landslides are expected during this time and are highly recommended not to visit Darjeeling during this time. However, some monsoon lovers enjoy the downpour and love to visit during these months.

Winter: The winter season carries from September to March. December and January are quite cold and freezing, the minimum temperature can dip to -2°C in this region. However, the beauty of Darjeeling remains at its best during winters with the whole region covered in snow.

The best time to visit Darjeeling is from September to June. Avoid visiting in monsoon as the landslides might be fatal.

Darjeeling is blessed in the field of tourism and tea industry. These are the major assets to the economy of Darjeeling. Darjeeling tea is internationally famous for its unique agro-climatic conditions and distinctive natural flavor.

Darjeeling’s tea produces about 7% of total India’s tea output, which is approximately 9,000,000 kg (20,000,000 lb) every year. Other than tea, Darjeeling also has a healthy growth of crops like maize, millets, paddy, cardamom, potato, and ginger.

Darjeeling became a tourist spot in mid 19th century and has been reported as the only location in eastern India to have the largest number of foreign tourists. It caters to millions of domestic and international tourists every year. According to a survey, it is also the third most Googled travel destination in India.

Darjeeling is also famous among the Bollywood and Bengali Cinema Industry. It serves as a perfect shooting spot for a peaceful environment.

Darjeeling is a place which has a wide variety of flora and fauna as it is a part of East Himalayan zoo-geographic zone. Flora and fauna in the district are managed and protected by the Divisional Forest Officer of the Territorial and Wildlife wing of the West Bengal Forest Department. The Lloyd's Botanical Garden in Darjeeling preserves common and rare species of plants, while the Padmaja Naidu Himalayan Zoological Park handles conserving and breeding of endangered Himalayan species.

The prominent festivals of Darjeeling are:

The culture of Darjeeling is unique and diverse. The city has a combined population of immigrants from Nepal, Sikkim, Tibet, Bhutan, Bengal, and Europe.

You can’t finish your trip to Darjeeling without tasting its exquisite cuisine which is heavily influenced by Nepali, Chinese, and Bengali cuisine. Some of the must-have dishes are:

One can also try South Indian dishes, Naga cuisine, Nepali food, Continental food, Chinese as well as Tandoori delicacies in many of the eateries, here.

Few of the famous restaurants that are worth a visit are:

A trip without a souvenir is incomplete. Reach to the main city at Chowk Bazaar and look around for extensive shops to buy your favorite souvenir. The best thing to buy is fresh and organic tea. You can also shop for Tibetan masks, jewelry, scarves, shawls, traditional Khukri (Gorkha knife), and much more.

The nearest airport to Darjeeling is Bagdogra, near Siliguri (96 km). You can hire a bus or taxi to reach your destination within a considerable amount of time.

The nearest railway station to Darjeeling is New Jalpaiguri (73.8 km). You can hire a taxi or bus to reach your destination.

Being one of the most visited tourist destinations, Darjeeling is well equipped when it comes to hotels or resorts. You can find a number of hotels in every budget. Few of the hotels that can be considered to stay are: 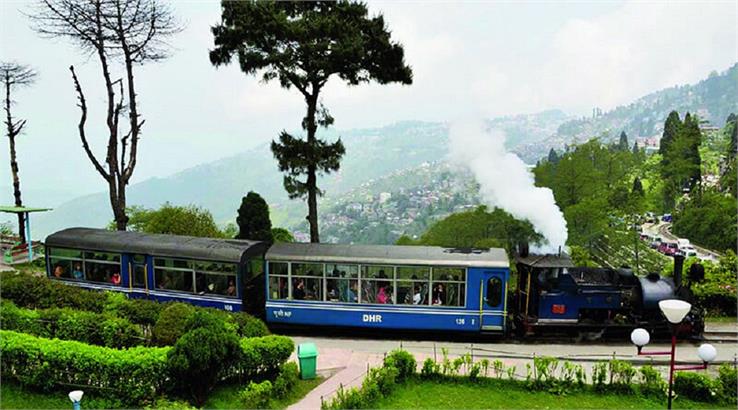 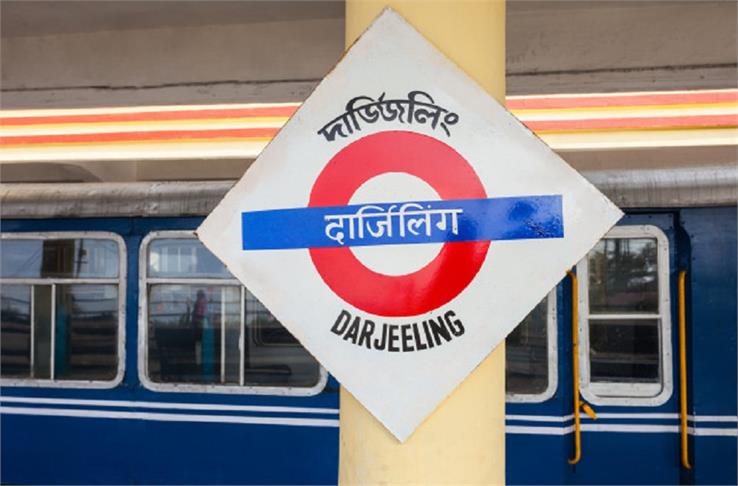 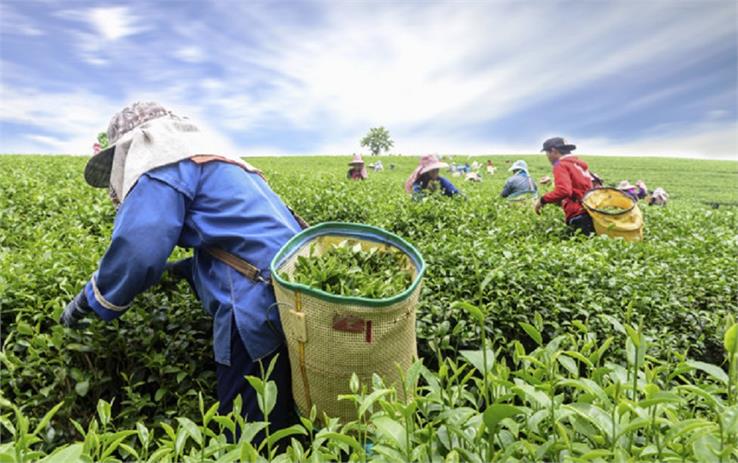 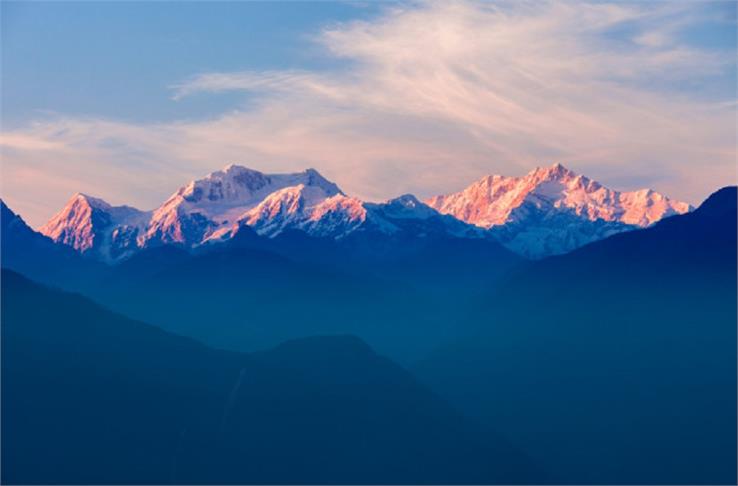 source: Google
We appreciate! Thank you.