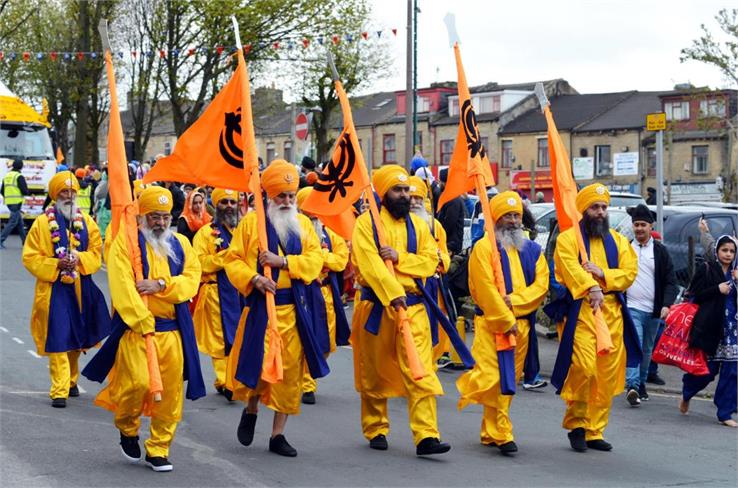 The name Vaisakhi is derived from the month "Vaisakh." Vaisakhi is the biggest festival of Punjab and surrounding areas. Vaisakhi is awaited by all sections, especially those belonging to the Sikh community, as it is one of their chief festivals. The festival of Vaisakhi, not only marks the beginning of the new year but also a time to celebrate the harvesting of crops. It symbolizes the joy of the ripening of Rabi crops. The farmers celebrate it with great pleasure and enthusiasm, as it is mainly an agricultural festival. On the same day, 13 April 1699, the tenth Guru Govind Singh Ji founded the Khalsa Panth. Vaisakhi is also spelled as Baisakhi.

In the year 1699, Guru Gobind Singh Ji, who is known as the 10th Guru of Sikhism, invited all Sikhs for a meeting. After receiving the Guru's order, their followers and devotees start gathering in Anandpur Sahib's ground. Here, a desire arose in Guru Ji's mind to test Sikh disciples and their dedication. Guru Gobind Singh Ji took out his sword asked: "if there were any volunteers who would give their lives for their religion." On hearing such words of Guru Ji, all the devotees got surprised. However, Bhai Daya Ram, a resident of Lahore got ready to give his life for Guru Ji. Guru Gobind Singh Ji took him inside their tent, and at the same time, a stream of blood appeared to flow from inside. Everyone present there felt that Daya Ram's head had been beheaded. Guru Gobind Singh Ji then came out again and showed his sword and asked for the next one. One after another, five men eventually came forward and joined Guru Ji in his tent. The other four are Shri Dharamdas from Saharanpur, Jagannath resident of Himmat Rai, Dwarka resident of Mohammad Chand, and Bidar resident of Sahib Chand offered their heads to the Guru's shelter.

After taking the four, a stream of blood was seen flowing from a tent. Everyone felt that these five people had been extinguished. But Guru Gobind Singh Ji appeared to come out from the tent with these five men. Guru Ji said, “From today these five are known as Guru's Singh and Panj Pyare (which means the beloved five).” Guru Ji had given great respect and honor to these "beloved five" Sikhs. Guru Ji performed a ceremony called "Amrit Sanchar," in which he made nectar (Amrit) for beloved five and asked them to drink. Guru Ji instructed them not to cut their hair as well as beard and said that they should keep a wooden comb, which is supposed to be a symbol of cleanliness. He also said to keep a saber for the defense of needy people, wear long salwar-undergarment with a tie-knot and Kara (a steel bangle) in hand.

Importance of Vaisakhi in different Religion

Vaisakhi is said to be the first day of the traditional solar new year. On this day, people of the Hindu community go to temples celebrating their new year.

Due to a change in the position of the sun, it starts to get brisk, and the summer begins. The rabi crop ripens from the hot rays of the sun, which is like a celebration for the farmers. Along with this, this day is considered as a symbol of change in the weather. As in the month of April, the winter is entirely over, and the summer season begins.

It is an essential day for the farmers as they celebrate the harvesting of their crops.

How do people celebrate Vaisakhi?

In North India, especially Punjab celebrates Vaisakhi festival with great joy and gaiety. On the beat of drums and dhols, young men and women sing songs welcoming this celebration of nature and express their happiness by congratulating each other, performing folk dances like Bhangra around.

Special festivities are celebrated in Sikh Gurdwaras on this day. Sikh visits gurdwara and bow their heads in front of Guru Granth Sahib. Special parades are organized on this day to commemorate the occasion, which is also known as Nagar Kirtan. Nagar derived for Town, and Kirtan means singing the hymns or Shabad from Guru Granth Sahib. The traditional color of Vaisakhi is Kesari (orange), which signifies the "spirit of rebirth and sacrifice of the Panj Pyare." Kesari color is a symbolic sign of "joy and celebration," due to which people wear Kesari colored clothes to observe the festival.

On this exclusive occasion, Farmers of Punjab and Haryana thanks to god for the harvesting of their crops and celebrate the day with great pomp and show. 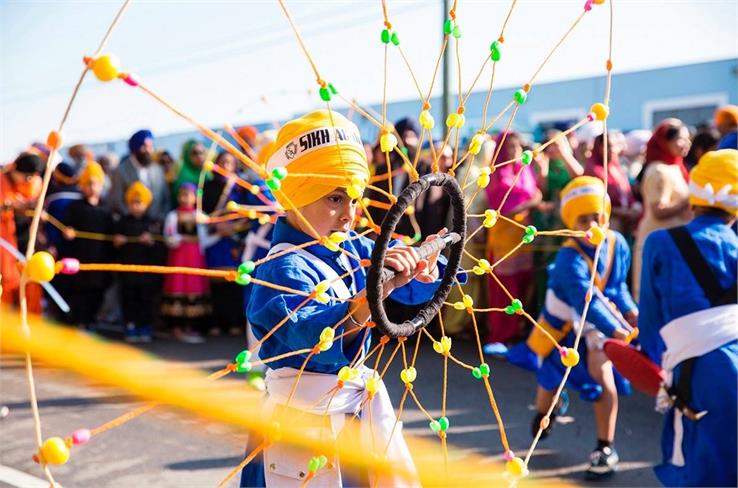