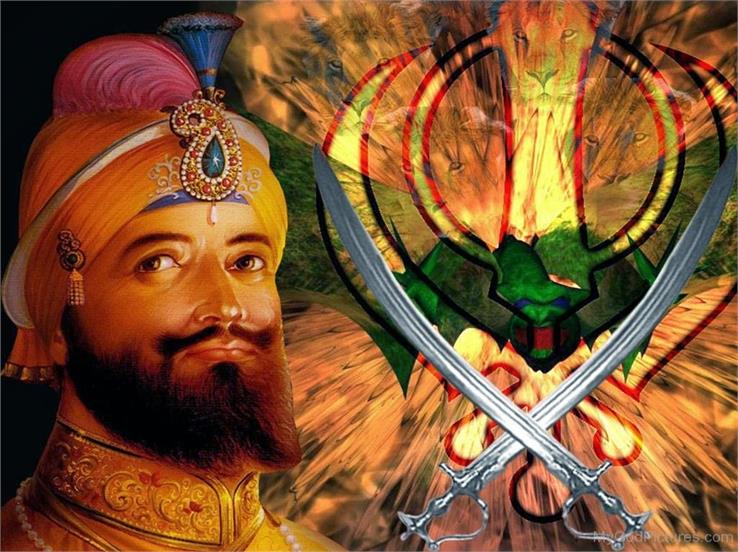 The birth celebration of Guru Gobind Singh Ji is celebrated as 'Guru Gobind Jayanti.' On this auspicious occasion, People belonging to the Sikh religion commemorate the day with great pomp and show. On this day, Kirtan is performed and Langars are organized in homes and Gurudwaras.

When a person hears the name of Guru Gobind Singh Ji, only one interpretation comes to his mind - Saint Soldier, which means "Sant-Sipahi"

The birth name of Guru Gobind Singh Ji was Gobind Rai. A symbol of valor and courage, Guru Gobind Singh Ji was born on 22 December 1666 in Patna, Bihar. His father's name was Guru Tegh Bahadur Ji and his mother's name was Mata Gujri Ji. The first four years of his childhood were spent in Patna. Then in the year 1670, his family moved to Punjab. The name of his place of birth is known today as "Takht Shri Patna Harimandar Sahib."

Nearly two years later, the family of Guru Gobind Singh resided in the Nanak Chak (Anandpur Sahib) in the Shivalik Hills of the Himalayas. He learned elementary education, language knowledge, and martial arts at this place. After Growing up, Guru Gobind Singh followed the footsteps of his father and protected Kashmiri Hindus from the tyrannical Mughal ruler Aurangzeb. Guru Gobind Singh fought in different wars with the Mughals and their Sahyogi kingdoms for about 14 years.

"Guru Gobind Singh Ji was a unique confluence of devotion and power."

When & How did Gobind Singh become the tenth Guru of Sikhs?

Guru Tegh Bahadur Ji i.e., Guru Gobind Singh's father was the 9th Guru of Sikhism. When the Kashmiri Pandits were being forced to convert to Islam, Guru Tegh Bahadur Ji strongly opposed it and protected the Hindus. He himself refused to accept Islam. For this reason, he was beheaded by the King of India Aurangzeb in the Chandni Chowk extension. After this incident, his son Guru Gobind Singh was appointed as the tenth Guru of the Sikhs.

Guru Gobind Singh Ji was only nine years old when he held the title of 10th Guru of Sikhs on 11 November 1675.

The word Khalsa means purity. Only a person committed to social service by the mind, word, and deed can call himself Khalsa Panth. Guru Gobind Singh founded the Khalsa Panth in 1699. A Khalsa speech by him was established and at the same time, he established the basic principles of Khalsa Panth.

Five required articles of Sikh faith which are known as "5 Kakara" are mentioned below:

Guru Gobind Singh Ji prepared some rules for the Khalsa warrior which are mentioned in Hukamnama. Some of them are:

It is said that Guru Gobind Singh fought a total of fourteen wars but never detained or damaged the people of any place of worship.

At the last stage of his life journey, Guru Gobind Singh called Sangat and installed the Sikh religious book Guru Granth Sahib on the throne of the Sikh Guru. Moreover, said that now no more living person will sit on this throne. He taught the Sikh society to help the oppressed and always conduct decent behavior.

Then he said that -

"In the coming times, the Sikh society has to seek guidance and inspiration from the holy book Guru Granth Sahib."

In this way, Guru Gobind Singh became the last living Guru of the Sikh society.

Later, Guru Ji dedicated himself to create a new chapter of Adi Granth, which has been compiled by the fifth Sikh Guru Arjan Dev Ji.

He has created a collection of his writings called Dasam Granth and his own autobiography named Bachitar Natak.

It is said that the Muslim governor of Sirhind seized Guru Gobind Singh's mother and two sons (younger ones). When both of his sons refused to accept the religion of Islam, they were buried alive.

Unable to bear the grief of the death of her grandchildren, Mother Gujri too did not live long and die soon. Both of his elder sons died in 1704 while fighting with the Mughal army. When Guru Gobind Singh Ji saw that the Mughal army had fought in the wrong way and brutally murdered his sons, instead of giving up, Guru Gobind Singh issued a letter "Zafarnama" to Aurangzeb.

Guru Gobind Singh Ji breathed his last on 7 October 1708 at Nanded Sahib, Maharashtra. Guru Ji had a lifespan of 42 years.

The Journey of Guru Gobind Singh

Guru Gobind Singh compiled the teachings of all Sikh Gurus and stored them in the Guru Granth Sahib book and completed it. Guru Gobind Singh also started the tradition of adding the word Singh with the name of male Sikhs and Kaur with ladies belonging to the Sikh religion. Guru Gobind Singh respected people of all religions, caste and always helped them when needed. At the age of only nine, Guru Gobind Singh inspired his father Guru Tegh Bahadur to protect and sacrifice for Kashmiri Hindus. 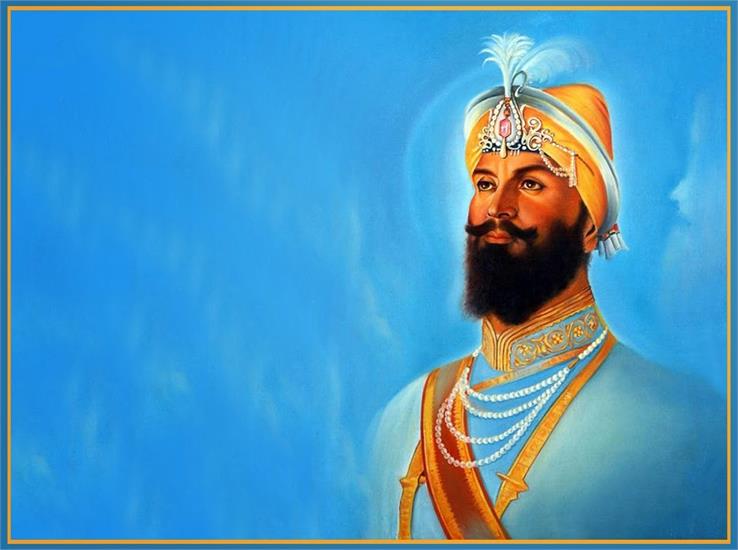 Observances
Prayers for prosperity are offered
Featured in religions
Sikhism