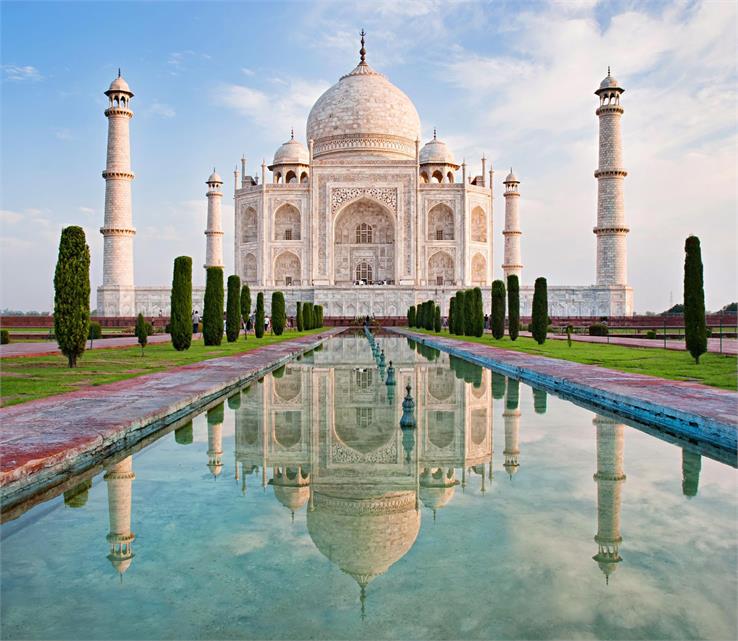 A teardrop in the cheek of eternity - Rabindranath Tagore

Persuaded with love, India's most historic Mausoleum has been adored by millions of visitors with its quiet beauty in Agra, Uttar Pradesh on an area of about 42 acres. None less than a fairy tale, The Taj Mahal was built in the 17th century of white marble by Mughal Emperor Shah Jahan in the memory of his third and the most beloved wife, Mumtaz Mahal, who died giving birth to their 14th child. Taj Mahal is well known as "CROWN OF PALACES" in Arabic. It is a Jewel of Islamic Art in a Hindu Dominant Nation.

It contains the architecture of Islamic, Persian, Ottoman Turkish, and Indian styles. About 7 million people every year visit the ultimate poetry engraved in the marble of the alluring structure. The great emperor said, "the sun and the moon shed tears from their eyes" when it was made. It took about 17 long years to complete the Mahal. Also, The Taj Mahal is one of the Seven Wonders of the World, with more than 100 million votes.

Let's tell you the lesser-known facts of this majestic ode of love.

However, due to awful air pollution in the city, the white marbles are rapidly turning yellow. Only electric vehicles like rickshaws are permitted in and around the premises. To help control outrush 4,000-square-mile environmental radius was declared around the monument. Visitors are only allowed to take electric buses and rickshaws from the parking, else walking always does good to health!

Sadly, The Taj Mahal is crevicing at a rapid rate because of the lack of groundwater under the structure. It is seen that the minarets are also leaning more. The wooden Foundation, which was once submerged, is also said to be rotting now.

It is going to cost you INR 50 if you’re an Indian national and INR 1,100 if you’re an international tourist.
Please note - you have to buy an extra ticket for INR 200 to visit the main mausoleum.
Also, Do not forget to carry your ID proofs along.

Also, Do not forget to take Petha as a dessert because it is a mouth tempting sweet dish you shouldn’t miss if you are in Agra.

So, before it gets too late, go have a picture with your beloved in front of the symbol of love. The kind of affection the emperor had for his wife to which he dedicated one of the wonders of the world, maybe passed on to you. 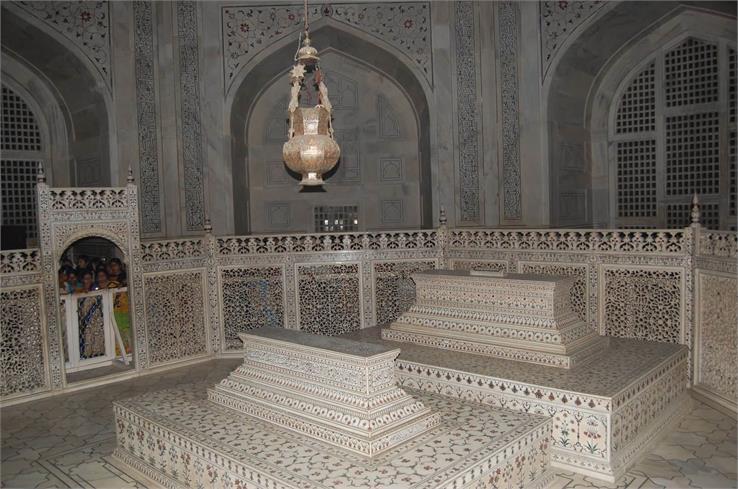 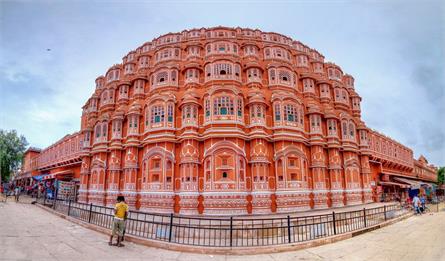 Hawa Mahal - The Palace of…

The royal state of India, Rajasthan is a place of wonders which also has…