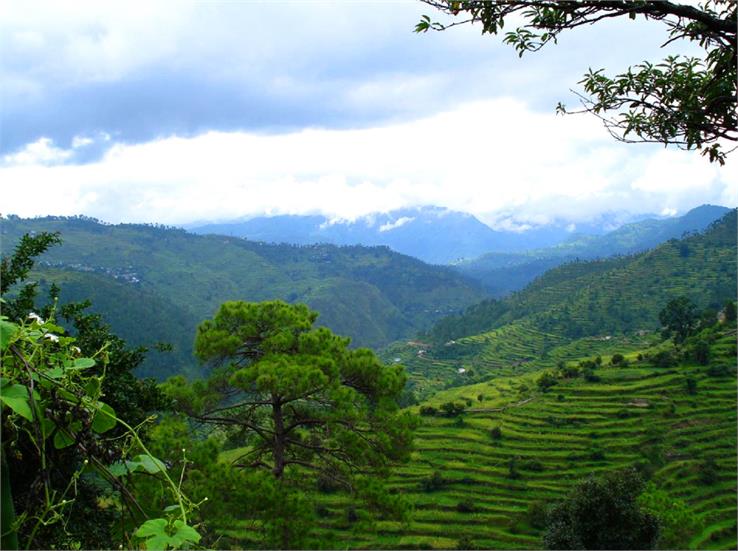 Kausani - The Switzerland of India

Kausani is a hill station and a small village in the Bageshwar district of Uttarakhand. The town is surrounded by Himalayan peaks like Trisul, Nanda Devi, and Panchchuli. The scenic beauty of Kausani is so engrossing that you’ll find yourself falling head over heels for it. Almost every part of the town gives away the view of the enchanting Himalayan range. On one of his brief visits to Kausani, Mahatma Gandhi, the father of the nation, got so mesmerized by its beauty that he called it the “Switzerland of India’.

Kausani is a place that every traveler, trekker, adventure-loving person dreams of visiting. The high altitude, deep valleys, and the weather is what keeps everyone hooked.

The lower part of Kausani serves as a local market, and the upper one has hotels and resorts to accommodate visitors. The upper part also has an Indian Military Base, which doesn’t allow entry to any visitor or outsider.

Kausani was a part of the Almora district after independence. On 15 September 1997, the government decided to carve Bageshwar district out of Almora, and that’s when Kausani got its acknowledgment.

Kausani gets its water supply from rivers like Kosi, Gomti, and Ramganga, and the banks of these rivers are highly fertile.

The main occupations of Kausani are agriculture and tourism, where Most men of the town serve in the army. Some percentage of the population is engrossed in different businesses like handloom products, artifacts, and tea making. Established in 2000-2001, Kausani Tea Estate produces 70,000 kg of tea per year.

The nearest airport to Kausani is Pantnagar, which is 162 km from the town. Visitors can look for taxis or buses to reach their spots.

The nearest railway station to Kausani is Kathgodam, which is 132 km from the town. Get the ever running buses or taxis to get you your spot.