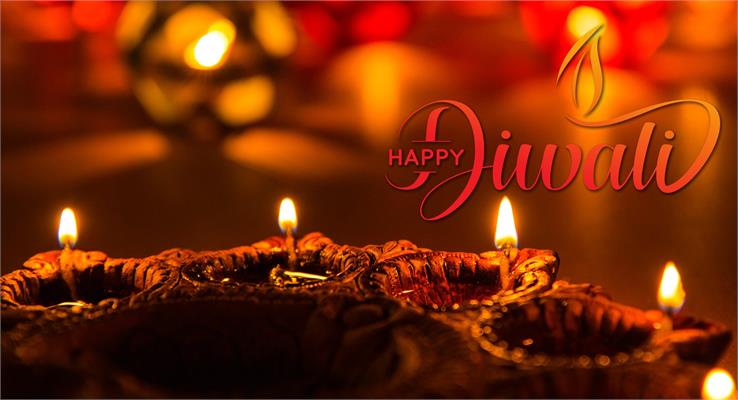 Diwali is the most auspicious festival of Hindus celebrated with great zeal all across India. The festival being known as the festival of lights signifies the victory of good over evil and is believed to be the start of a new year as per Hindu calendar. As per Gregorian calendar, Diwali falls between mid-October and mid-November and the position of moon determines the date on which Diwali festival will be observed. According to the Hindu calendar, Amavasya (no moon day) is considered the perfect day to celebrate Diwali. This year Diwali is falling on October 30th, 2016.

The Times of India summed up the modern meaning of Diwali:

Regardless of the mythological explanation one prefers, what the festival of lights really stands for today is a reaffirmation of hope, a renewed commitment to friendship and goodwill, and a religiously sanctioned celebration of the simple - and some not so simple - joys of life. - Times of India editorial

The legendary story of Diwali – How it all started

There are numerous mythological stories behind the celebration of Diwali which people follow according to their religious ideals. The most significant tale behind the celebration of Diwali is the return of Rama. Diwali also celebrates the gracious nature of the three goddesses, Lakshmi, Kali and Saraswati. Dhanteras which comes two days prior to Diwali is dedicated to Lakshmi, whose blessings are essential for a prosperous, fruitful and peaceful life. Kali-Chaudas (the day before Diwali) is dedicated to Maha Kali whose strength we seek to maintain the wealth we have. Strength, physical, mental and spiritual, is essential for all of us to lead a happy life. Diwali itself is dedicated to goddess Saraswati.

On Dhanteras, fast is kept and the worship is done by lighting an earthen lamp at the main entrance of house and offering water, vermilion, rice, jaggery and flowers to Yamaraj.

In few South Indian States this festival is known as Asweyuja Bahula Thrayodasi or Dhantheran.

The day is known with the following name in most North Indian States wherein people lit with fewer lights and burst fewer crackers. On this day, Hindus take a ritual bath and perform Sadhana (Meditation) for gain of beauty and magnetism.

Naraka Chaturdashi: Celebrated in all South Indian states, God Yama is worshiped on this day to get over the fear of demon. People make an effigy of Narakasura, and burn it.

Kali Chaudas: The day before Diwali is called Kali Chaudas and on this day, a head wash and application of Kajal (Collyrium) in the eyes is believed to keep away the Kali Nazar (Evil Eye).

Mahanisha: The festival of Diwali is known as Mahanisha in Bengal. It is believed that Maha Kali appeared on this day accompanied by 64,000 yoginis.
Divili Panduga is one of the most important festivals of Andhra Pradesh which include the recitation of legend of Narakasura, decoration of house by rangolis, oil lamps and celebration with fire crackers.

On the third day of Diwali, goddess Lakshmi is being worshipped and women pray for the long life of their husbands.

Sukhsuptika: Among the Kashmiri Pundits, the festival of lights is known as Sukhsuptika, which means sleep with happiness.

Badhausar: In Gujarat, Diwali festival is known as Badhausar wherein families decorate their houses with light, flowers and paper decoration.

Sharda Pujan: To augur success, those involved in trade and business worship their new ledgers, which is known as Sharda Pujan.

Diyari: Diwali festival is known as Diyari among the Sindhis and is celebrated by performing puja to Goddess Lakshmi.

Gudi Padwa: The association of the New Year termed as Padava/Padavo, with Diwali substantiates the harvest festival theory.

Muhurat Pujan: All business establishments and families perform muhurat pujan or veneration of their books.

In Bengal this event is called 'BhaiPhota' wherein sisters keep a fast and invite their brothers to be felicitated.

Bhaubeej / Bhav-Bij: In the Marathi speaking community, the fifth day of Diwali is also known as Bhaubeej or Bhav-Bij.

Gorehabba: It is a unique festival celebrated by the remote villages of Karnataka. On this day the villagers play with the cow dung along with few other interesting rituals.

Diwali celebration across various parts of India and world

From the Northern tip of Kashmir to the Southern end Kanyakumari, festivities and flavours differ. Similarly, Diwali is celebrated in different destinations with different reasons, but there's celebration all the same.

According to the great Hindu epic ‘Ramayana’, Diwali is believed to be homecoming of Lord Rama to his capital Ayodhya (Faizabad district, Uttar Pradesh) on a new moon day of the Kartik season with his wife Sita and brother Lakshman after passing a period of fourteen years in exile and killing evil king Ravana. This tradition continues in the northern states (Uttar Pradesh, Punjab, Haryana, and Bihar) and the other surrounding areas where huge effigies of Ravana are burned symbolizing Lord Rama’s triumph of the demon king. The day is celebrated with lights, fireworks, bursting of crackers and merriment. The idols of Goddess Lakshmi (symbol of wealth and prosperity) and Lord Ganesha (symbol of auspiciousness and wisdom), are worshipped in most of the Hindu homes on this day.

In the eastern region of the country, Diwali is celebrated with great fanfare. In Orissa, the day is celebrated with lights, fireworks, bursting of crackers and merriment all across the state. A primitive custom in this festival includes burning of jute stems to lighten up the dark path that the spirits of the ancestors supposedly take to go back to heaven. All the houses are brightly lit and the doors and windows kept open to welcome Goddess Lakshmi, who is supposed to visit every home during this night and ignores all places that are kept dark and abandoned.

In West Bengal, Lakshmi pooja is celebrated earlier than the Diwali celebrations and the deity celebrated on this occasion is the fierce Goddess Kali. In Kolkata, (capital of the state), as well as in all the other parts of West Bengal, the nights of "Kali Puja" consists of activities similar to other regions like bursting crackers, dazzling fireworks display, lighting of candles and diyas around individual homes, painting colourful patterns at the doorstep, dressing up in new clothes and visiting friends and relatives. Across the state, makeshift structures called pandals (made of bamboos and cloth) are erected that houses idols of Goddess Kali for the two days of celebration.

Diwali is a four-day festival in the western states of India, the preparations for which begin at least fifteen days in advance. On the night preceding Diwali, Gujaratis start celebrations by creating designs depicting images associated to the festival such as deities, sun and flowers from natural powder colours (called "Rangoli") in their homes along with images of small footprints are over individual doorsteps which are supposed to be a way of inviting Goddess Lakshmi to the house.

As per rituals, on Naraka Chaturdashi (first day), fruits are smashed and crackers burst to symbolize the killing of the evil demon Narakasura. On the second and most important day of Diwali, Hindus all over the western region of India worship Lord Ganesha (deity of auspiciousness and wisdom) and Goddess Lakshmi (deity of wealth and prosperity) or symbols of them including currency notes and gold. The third day, Padawa, is considered to be one of the most auspicious days of the year in Maharashtra, and is held to be propitious for beginning any important task. In Gujarat, this day marks the beginning New Year day wherein people visit each other to wish a new beginning. The last day of festival ‘Bhaubeej’ signifies bonding between siblings and the celebrations during this day is quite akin to Rakhi, another great Indian festival standing for the prosperity of the brother-sister relationship.

In Southern India, Diwali has celebrated in the Tamil month of aippasi (Thula month), Naraka Chaturdashi tithi, preceding Amavasya. Naraka Chaturdashi is the main day of Diwali celebrations in this area also. The preparations begin the day before with various rituals and cleaning of individual homes and decoration with Kolam designs (akin to Rangoli patterns in North India). On the morning of Naraka Chaturdashi, the actual celebrations begin with an early morning oil bath before sunrise. A unique Diwali custom in Tamil Nadu is the once-in-a-lifetime event, Thalai Deepavali. The wherein newly-wed couples celebrate their first Diwali after marriage at the bride's parental home.

In the state of Maharashtra, Diwali is celebrated over a period of four days. The first day, Vasu Baras is celebrated by performing an Aarti of the cow and its calf - which signifies the love between a mother and her child. The next day is Dhanatrayodashi / Dhanteras, a special day for merchants and business people for the opening of new account books followed by the worship of Lord Ganesha and Goddess Lakshmi. On the third day, people usually get up before sunrise and take a bath after rubbing oil on their body. After this, the entire family visits a temple and offers prayers to their God, and later everyone feasts on Faral, a special Diwali preparation consisting of delicious sweets like karanji/ladoo as well as some spicy eatables. The fourth day is Lakshmi puja day, a new moon day, the dark night of which is brightened by lamps and fireworks.

In the rural parts of India, the Diwali celebrations, apart from its other significances, also stand in for harvest celebrations. In all the villages, Diwali is the time that farmers celebrate with joy and offer prayers to God for granting them a good crop and favorable monsoon. In the morning, colorful Rangoli or Kolam designs denoting shapes as the footsteps of Goddess Lakshmi are drawn at individual doorsteps and also all over the houses to usher in wealth and fortune. Small earthen lamps and candles are arranged all over individual huts in rows to illuminate the home with lights.

The festivities of Diwali are not just limited to Indian boundaries; the auspicious festival of Diwali is celebrated with much more prominent participation across the world. People residing in countries such as Nepal, Malaysia, Indonesia, Myanmar, Singapore, Srilanka, Japan, Thailand, South Africa, Kenya, Tanzania, Britain, Australia, USA, etc. have developed various clubs & society to celebrate Diwali in their localities with the support from Government. The celebration and rituals of the festival are mostly similar to observed by their counterparts in India. Further, most of the offices and commercial institutions/organizations remain closed on this day in few countries. Whereas the festival is celebrated in a unique way such as in Japan wherein people go out into the orchards and gardens and hang lanterns and paper made hanging structures on the branches of trees. In Thailand, Loy Krathong is a "Festival of Lights" similar to Diwali. A small raft (Krathong) made of banana leaves, and decorated with flowers and topped by a candle flame, is set adrift on the waterways, under a full moon, by many at the same time.